G and I hosted our friends over this past weekend for game night and I wanted to share what we did that made it such a fun night. We usually get together with our friends at least a couple times a month to eat, drink and get competitive with games. Here are some of the things that I did this weekend that were a success!

I decided to keep it super simple and do pulled pork sliders. I went to Wal-Mart and grabbed a big chunk of pork butt 🙂 and roasted it with Dr. Pepper and salt and pepper for 6-7 hours on low in the crock pot. Once it was cooked I went ahead and shredded it and added in some BBQ sauce. For the buns we did the Kings Hawaiian Rolls which were small but delicious so get plenty! We also whipped up some Cole Slaw for dressing which was super easy.

The best part in my opinion was the dessert! I wanted something super easy and while we were at Wal-Mart socking up we walked by the Little Debbie’s and could not pass it up (plus our group had talked about how much we used to love them as kids so I thought it would be a funny reminder). I ended up getting a box of Nutty Bars and Fancy Cakes. They were so good and so easy since I just set them up on my dessert tower. They were also a hit and only $2 a box! 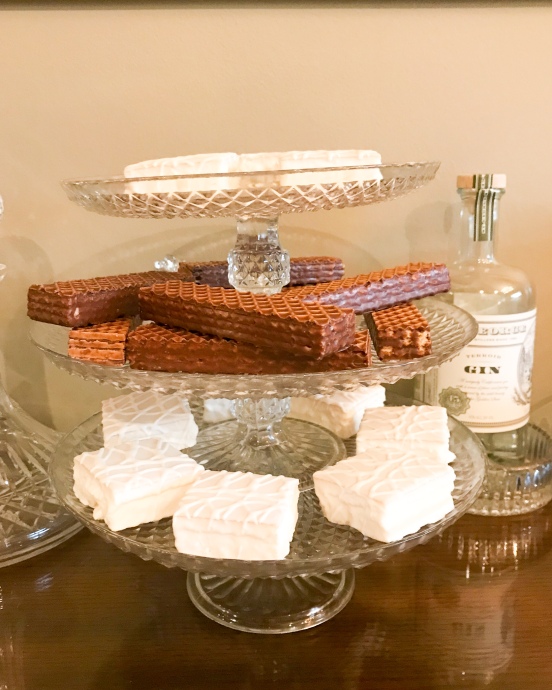 We had plenty of Whisky on hand as well as Vodka, wine and beer. One thing we learned from our friends was to get a bag of ice. Our ice machine in our refrigerator is good but with 6 or 7 people getting drinks filled with ice it can go quick and not having any is a real bummer.

Our game of choice is Catch Phrase. I ordered a new Catch Phrase: Uncensored on Amazon and it was a fun mix up from the regular version we usually play. This is definitely not x-rated so you could play it with your family as well.

I also put out my new Instax Camera. It was fun to have people be able to take pictures throughout the night. 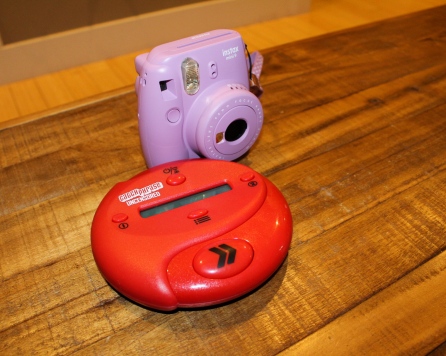 *Pro tip* Get your dog a bone or toy that will occupy them for the night. I got Charlie the biggest bone I could find and that kept his attention all night. It is never fun to have someone else’s dog trying to eat your dinner and our dog is 100 lbs so that is a lot of dog coming at you!

Game night has turned into such a fun night for us with friends and I am looking forward to continuing the tradition.